On News You May Have Missed: Facebook Wants To Get It's Own Currency And US Senators Don't Wanna Hear It

Facebook has come under bipartisan attack in the US Congress over its plans to launch a new digital currency, with one prominent senator accusing the social media giant of displaying "breathtaking arrogance" in its bid to access people's savings.

Facebook announced in June that it planned to launch a cryptocurrency known as Libra next year, a proposal that has caused alarm because of the enormous market power the company wields and its recent history of data breaches.

The US Federal Trade Commission last week approved a fine of roughly US$5 billion ($7.1 billion) against Facebook for mishandling users’ personal information.

"Like a toddler who has gotten his hands on a book of matches, Facebook has burned down the house over and over, and called every arson a learning experience."

Referencing Facebook's early motto of "move fast and break things", Brown said the company could not be trusted to handle people's money.

"We would be crazy to give them a chance to experiment with people’s bank accounts, to use powerful tools they don’t understand like monetary policy to jeopardise hardworking Americans’ ability to provide for their family." 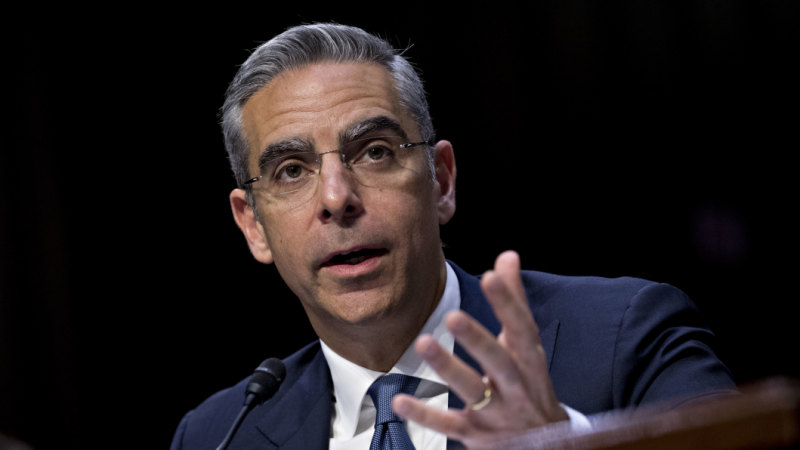 "Instead of cleaning up your house you are launching into a new business model."

US President Donald Trump tweeted last week that the Libra, "will have little standing or dependability".

Trump said he was "not a fan of Bitcoin and other Cryptocurrencies, which are not money, and whose value is highly volatile and based on thin air".

Facebook was represented at the hearings by David Marcus, the head of the company's new digital currency division Calibra.

He said the new currency would make transferring money across the globe quicker and cheaper than traditional bank transfers.

"The status quo is not working for many - it is too expensive for people around the world to use and transfer their money," he said.

"We believe Libra can offer a more efficient, low-cost, and secure alternative."

He assured the Senate committee that Facebook would not begin offering Libra until it has received government approval and regulatory concerns are addressed.

"We know we need to take the time to get this right," Marcus said.

"I know we have to earn people's trust for a very long period of time."

Facebook has been under increasing pressure over its huge market power, with leading Democratic presidential contenders Elizabeth Warren and Bernie Sanders vowing to break the company up to promote competition.

Senators on the committee raised a range of concerns on Tuesday, including about how the company would prevent money laundering, fraud and the violation of international sanctions.

Facebook has said it wants to make Libra available through its Messenger feature and texting platform WhatsApp, as well as through a standalone app.

Calibra has pledged that it will not share customer data with Facebook or external third parties unless it has consent, or in "limited cases," where it is necessary.

Marcus said Facebook would not monetise users’ data related to Libra, and that no financial or account data from the Libra network would be shared with Facebook.

Do you think Facebook should be allowed it's own Cryptocurrency?
Advertisement On News you may have missed: Desperate Migrant tried to get into Britain from France with Flipper

If you were wondering, how desperate a migrant can get just to get into Britain, you are in for a surprise, because they is no limit. Read on!A migran...

On News you may have missed: Floods, mudslides and lightning kill at least 75 as monsoon blasts Nepal, Bangladesh and India

Flooding and landslides triggered by heavy rainfall have killed at least 50 people in Nepal in the past few days, with more deaths reported across the...

On News you may have missed: Isreali minister is criticized and faces backlash for Seeming to rebuke homosexualism

I bet you didn't know that Israel has long accepted homosexuals. The LGBT community in Isreal is really strong by the way.Jerusalem (CNN). An Isr...

On News you may have missed: The Complete story-Sexual Allegations against R Kelly

In July 2017, BuzzFeed published a story about two young women whose parents believe they are being abused and manipulated in a cultlike rel...

On News you may have missed: Trump vs Obama? Trump Pulled Out of Iran Nuclear Deal to Spite Obama I Wanna Grow Old With You by Westlife [World of our own album].mp3

I Wanna Grow Old With You by Westlife [World of our own album].mp3