Top Social, Video And Chat/Messaging Apps For You This Quarantine Season

Best Social Apps for your mobile 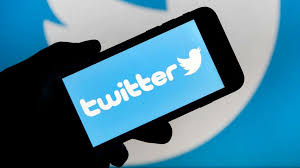 If you’re not on Twitter yet, you really should jump on the bandwagon. Even if you never post anything, you can get a lot of useful info by following the right people or companies on Twitter. Actually, I get better customer service from companies by posting on Twitter than by calling or emailing nowadays.


Even if you work for yourself, you should have a profile on LinkedIn. It’s the best social networking site for professionals. Companies use LinkedIn like crazy for finding good talent, so keep tabs on your connections via the app.


I’m not a huge user of Pinterest, but that makes me an exception. Pinterest has huge traffic numbers and people seem to love it. Find interesting stuff whatever your interests might be.
Best Messaging apps for your mobile


Hangouts is great for anyone who uses Gmail and other Google services. It lets you chat with your buddies and do video calls with groups of people. Not a very great chatting app if you really think about it, but since it’s Google, it’s useful. 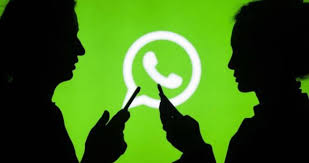 If Facebook paid $16 billion for it, you should probably use it. Just kidding, but very useful for anyone who has family outside of the US because the rest of the uses WhatsApp for messaging.


You can use stickers, make free calls, record voice messages and send free text messages. Messenger is a pretty useful app for keeping in touch with people. Also, it’s Facebook, so everyone you know in the world will be on it. 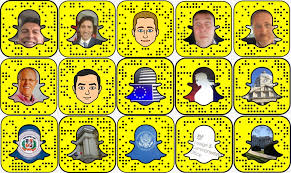 If you’re a teenager, then go ahead and download as you’ll probably want to share inappropriate pictures of yourself with other inappropriate teenagers. Good luck.
Best Online Video/Movie Apps for your mobile


It only has the most videos in one place in the entire world. Definitely have to download the YouTube app and catch up on whatever crazy viral video is floating around the web that day.


If you have a Netflix subscription, then you’ll want the iPhone app so you can binge-watch Breaking Bad or House of Cards.


If you have an Amazon Prime membership, then you’ll want the Instant Video app to watch all that free content Amazon offers.


Absolutely the best app for getting information about an actor, movie, TV show or anything related to movies and television. A must if you watch any TV or movies at all.


Awesome app for getting local showtimes and watching movie trailers. Pretty much the same as Flixter, but I like this app better.
Best Photo Sharing Apps for your mobile


The flickr app lets you browse your Flickr photos and also lets you upload everything from your iPhone up to their free 1 TB storage account. If you take a lot of photos, this is a great option. It’s also got filters and editing tools, so you can fix up your photos before uploading to flickr, Twitter or Facebook.


It’s hard not to find a friend who isn’t using Instagram. Even though Facebook bought them, they are still one of the most popular photo sharing apps out there.


The above-mentioned apps are mostly related to photo viewing and storage, but Snapseed is good for photo effects. You can transform and adjust photos with the many options and tools this app includes all for free.


Another free app, but this one has in-app purchases if you want more effects than just the basic ones. The free version has a lot of features and more than enough to create some pretty cool edited photos.

Again, like the photo app by Aviary, you get a basic set of filters and can purchase more via in-app purchases. The program uses some advanced technology to add stunning effects to your photos.

Need to send messages to hundreds of recipients quickly? Here are Android apps for the job.BY IDOWU OMISOLA5 DAYS AGOHave you ever wanted to send out ...

Ranging from giving your phone and exciting look to having a truly private commmunication, these are Top 10 Best Android apps you must have in 2020 th...

Viva-video app is no longer safe! Please uninstall all the apps in this article until further notice

The scourge of Android permission abuse has reared its ugly head again in the latest disclosure from the research team at VPNpro. The new report&...

Gareth Southgate has slammed Mason Greenwood and Phil Foden as 'naive'.Greenwood and Foden will not travel with squad after breaking quarantine rules....

Was Marriage built to withstand quarantine?

The standard wedding vows are so often repeated in popular culture — TV shows, commercials, Tyler Perry movies — that it’s easy to disregard the...