Do You Know Where Coronaviruses Come From?

EcoHealth Alliance President Peter Daszak speaks with The Scientist about how pathogens like 2019-nCoV jump species, and how to head off the next pandemic

An outbreak of a new virus known as 2019-nCoV, which began in Wuhan, China, in December, has now sickened more than 900 people and killed at least 26. Efforts to contain the outbreak have caused major disruption in China, particularly in Wuhan and nearby cities, where authorities have stopped most forms of transportation. While researchers quickly identified and sequenced 2019-nCoV, many questions remain about the novel coronavirus, including which species first passed it to humans.

See “Scientists Scrutinize New Coronavirus Genome for Answers”
The Scientist spoke with Peter Daszak, the president of the nonprofit EcoHealth Alliance and an infectious disease researcher who’s done extensive research on emerging viruses in China and elsewhere. He talked with us about how 2019-nCoV fits in with other coronaviruses, including the virus that causes SARS, and how future events might be prevented. 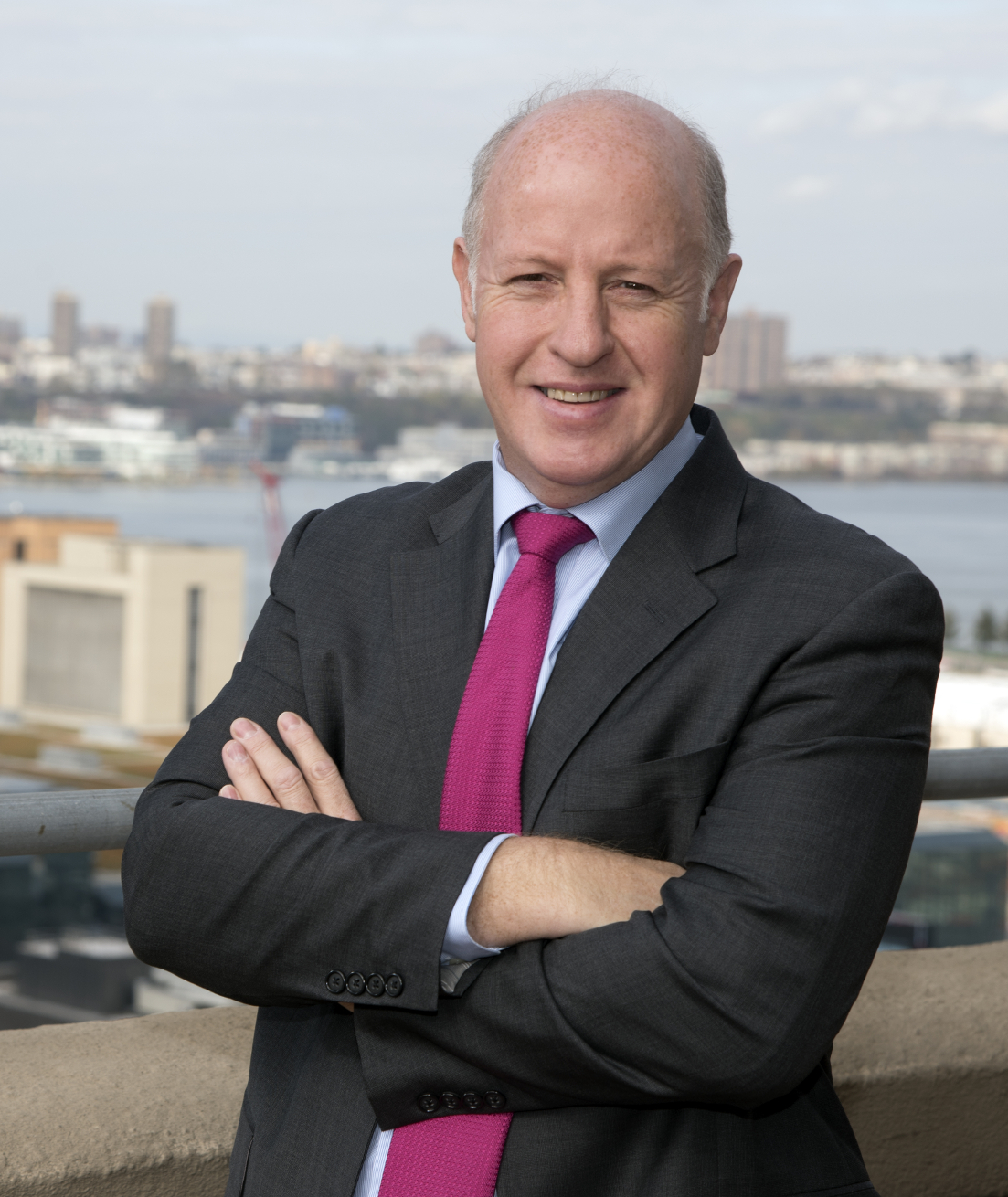 Peter Daszak
© ECOHEALTH ALLIANCE
The Scientist: Can you give me an overview of what is known generally on the evolution of coronaviruses and how they manage to make the leap to a new species?
Peter Daszak: There’s a lot being done on how coronaviruses infect people from animals, because we’ve had a few events where they’ve jumped from animals into people, including from livestock. So for MERS, we know the real key is to know what the host cell receptor is—that’s the protein on the surface of cells that viruses bind to and invade. So if we share the same cell surface receptor that the virus uses in bats or in camels or in pigs, then there’s a risk of that virus invading us.

For SARS coronavirus, the cell surface receptor is called ACE2, angiotensin converting enzyme 2. We share that with bats, and [the virus] uses the same receptor [in bats and humans]. And . . . because this paper . . . just came out from the Wuhan [Institute of Virology] group, we now know that the new virus also uses that same surface receptor. [Editor’s note: Daszak regularly collaborates with two of the main authors of the paper but was not involved in that study.]

So . . . there’s a few clues as to why this virus jumped, but that’s the biochemical basis for its ability to get into people.

There is a very big diversity of these [corona]viruses in the wild. We’ve been looking at bats ever since the SARS outbreak because we’re the group that found bats are the real reservoir for SARS, not civets, that was originally thought. And what we found is there’s this big diversity: we’ve found over 50 SARS-related coronaviruses in bats. . . .

See “Why Bats Make Such Good Viral Hosts”
The worrying thing is some of [the viruses] you can treat with vaccines and therapies that have been developed against SARS and it works, but [with] other viruses from bats, those therapeutics don’t work. So we’ve been saying for a while now that there are groups of viruses in bats that could be a risk, and in fact, one of them, we developed an antibody test and we went to communities in Yunnan Province [in] rural southwest China, and [tested] people who live near bat colonies where we’d found these viruses. . . . We found a 3 percent prevalence of exposure to bat viruses. . . . Suggesting that all the time across the region, bat viruses are getting into people and either infecting them with a mild infection [with] no clinical signs, or causing respiratory illness that never gets diagnosed properly. So this outbreak is probably just one of a number of spillover events that have happened in south China.

TS: Is it known what factors determine whether a spillover event will become much bigger, like what’s happened in Wuhan?
PD: There’s a virological side to it, and then there’s a human dimension to it as well—a population-level dimension. [On] the virology side, it’s pretty clear that some of these viruses don’t bind very well and have trouble developing a raging infection. And some of them do and it’s difficult to predict that.

This outbreak is probably just one of a number of spillover events that have happened in south China.

—Peter Daszak, EcoHealth Alliance
From a human population side, I think the real issue is if one of these viruses gets into a wildlife market where the chance of one animal infecting multiple people is much higher, that’s where the risk is highest. If you think about a bat cave in Yunnan . . . people don’t go into the cave much. . . . The bats fly out of the cave and and eat food, they eat insects in the surrounding villages. So the interface expands to a few thousand people. But still, it’s a low probability of the virus getting in, because it [requires] exposure to feces—in bats, these viruses are within the intestine. But if you start hunting bats in the cave, and then you bring them into a market live, then the bats are shedding feces in the market. And then you can infect things like civets and pigs and people. . . . Or if a bat . . . starts foraging for insects around a farm like a pig farm, and pigs get infected, or some of the other animals in the farm, [like] civets and bamboo rats, then suddenly you’ve got 100 animals infected, [and] you can infect a lot more people. I wouldn't be surprised if we find out somewhere in the next few weeks that actually the initial exposure was from another animal—it’s bats, then to another animal, then to people.

TS: How does the finding that this new virus is related to SARS figure into efforts to contain it?
PD: To my mind, what this work [the phylogeny of 2019-nCoV] shows is that the new virus is not as dramatically different as we thought it might be. It’s part of a cluster of viruses from bats. Within that cluster, we had a previous pandemic strain, which is SARS, and we’ve now got a new pandemic strain, which is Wuhan novel coronavirus. I expect within that cluster there are other viruses that can cause pandemics, and that's the big lesson: We’ve got clear and present danger. We’ve known about it for 15 years. We should be focused on this group like a laser, looking at every possible way these viruses can get into people and trying to do work to prevent that spillover. Because the big threat here is that we don’t yet have good vaccines or good drugs that will beat SARS, let alone a relative of SARS that is slightly different.

The other big lesson is that there are simple ways we can reduce risk, and you don’t have to close the markets. What you’ve got to do is do better surveillance within the markets. We’ve got to find all these viruses in bats, get the sequences in the labs, get the viruses in the lab, and start working on new drugs—and deal with sanitation conditions. Wearing of gloves, washing of hands for people who work in markets and handle these animals, and people who live near bat colonies.

TS: You’re suggesting that we should be working on developing drugs for things that haven’t infected people yet but that we think have the potential to?
PD: Absolutely. We’ve been saying that for a few years now. . . . If we really believe that pandemics are going to emerge again, and we’ve got good evidence for that, we’re not saying spend billions of dollars creating a new drug for [a specific] virus; what we’re saying is, look at the drugs we’re developing against SARS. And instead of just focusing on that one virus, let’s treat this whole clade as a threat, and let’s make sure those drugs work against this whole clade. And that might mean tweaking some of those monoclonal antibody therapies or tweaking those vaccines a little bit to make them broader. It doesn’t mean completely changing track. I just think that if we spend a few hundred million dollars creating a SARS vaccine and find it doesn’t work on the next virus to emerge, we’ve just wasted a few hundred million dollars and we will lose lives because of that. So to me, that’s just common sense and a no brainer.

TS: Is there anything you’d like to add?
PD: The big picture to us is, we should treat these pandemics as a public health problem. . . . When we think about heart disease, we know the cause of heart disease. And the answer to heart disease is not to wait until you get it and then treat it. The answer is to change your habits before [you] get it. And I think we need to treat pandemics the same way on a global scale. We need to think about the underlying drivers, whether that’s wildlife for food or deforestation or road building into the tropics, mines in the middle of the forest. These are the things that lead to new outbreaks. And they’re the things we need to focus intently on and say, let’s change our behavior around them. We don’t need to stop doing them. We need to do them in a safer, smarter way. This week shall favour you..after the order of psalms 102.13-God will arise and have mercy upon you because the time to favour you has come..mercy and favour shall be evident this week in your life an

This week shall favour you..after the order of psalms 102.13-God will arise and have mercy upon you because the time to favour you has come..mercy and...

Guys please I don’t know how to verify these men, dem just come the lekki toll gate and cut off the security cameras. Saying they are from the government, hmm 🤔

Guys please I don’t know how to verify these men, dem just come the lekki toll gate and cut off the security cameras. Saying they are from the gover...

Leaders are born not made,these leaders happen to be the cruelest the has ever walked on earth and their foot prints will never be washed from the san...

things you should know about Forex trading, you probably didn't know about

Forex trading is a very lucrative business to invest in, but of course you should know that every investor should posses some major attribute before i... When You Come Around by Westlife [World of our own album].mp3

When You Come Around by Westlife [World of our own album].mp3 Close Your Eyes by Westlife [Coast to coast album].mp3